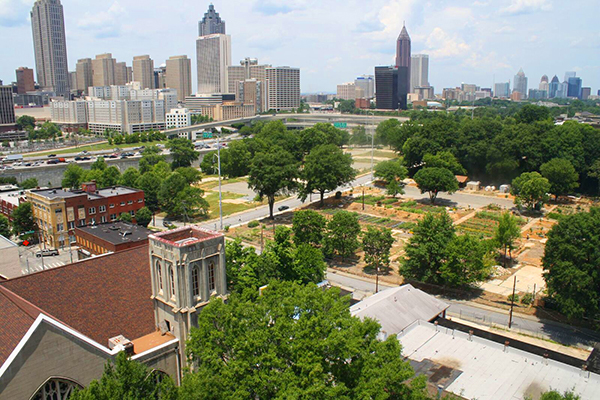 Losing a tool for change:

As much of the Old 4th Ward has seen investment and growth in the last decade, Sweet Auburn has unfortunately been left behind.

The proposed City of Atlanta budget threatens to further that gap by taking vital redevelopment funds from the neighborhood’s Eastside TAD.

The TAD was always promised to be a key financial partner in bringing equitable growth to neighborhoods throughout the city, including Sweet Auburn. However, since its inception in 2003, the Eastside TAD has neither fulfilled that promise, nor its stated goals for its creation. 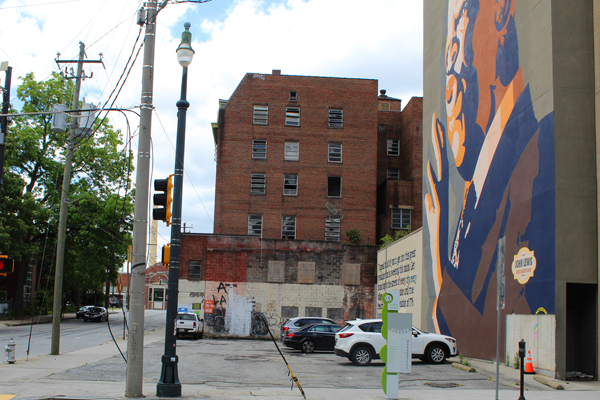 Today the Eastside TAD remains the only financial revitalization tool available to help bring development to the Sweet Auburn community. And with it, proving that brick and mortar revitalization is a proven method for stimulating job creation, creating equitable housing, and fostering the overall well-being of our city’s local economies.

The City of Atlanta’s proposed FY-2021 budget includes a $17 million redirection of funds from the Eastside Tax Allocation District (ETAD), which serves a diverse group of neighborhoods east of Atlanta, including historic Sweet Auburn, in order to address a citywide revenue deficit from COVID-19 related economic impacts.

The map shows the boundary of the areas affected by this proposed move by the City. Please continue reading why this funding is vitally important to the Sweet Auburn community, and why we cannot allow our only tool for economic resiliency, and revitalization to be taken away during these very difficult times. 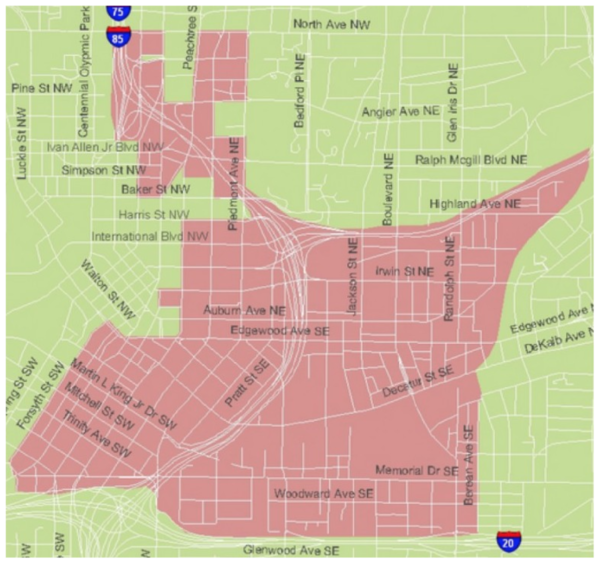 A tale of two communities:

The eastern end of the neighborhood that abuts the Beltline has already seen an escalation of land and residential value, as well as the cost for commercial space. While it has increased the population and level of investment in the area, it has done so at the expense of many legacy residents and business owners.

The western end of the neighborhood continues to require infilling vacant parcels, and adaptively reusing historic buildings. The latter is important because Sweet Auburn’s designation as a National Historic Landmark District requires these architectural treasures to be preserved. The majority of Sweet Auburn’s landowners have for decades agreed that development in the community should meet the needs of all, including offering affordable housing, for which the TAD was originally envisioned to benefit the community. With the unmanaged growth of much of the rest of the Old 4th Ward, the need to create new affordable housing is greater than ever. 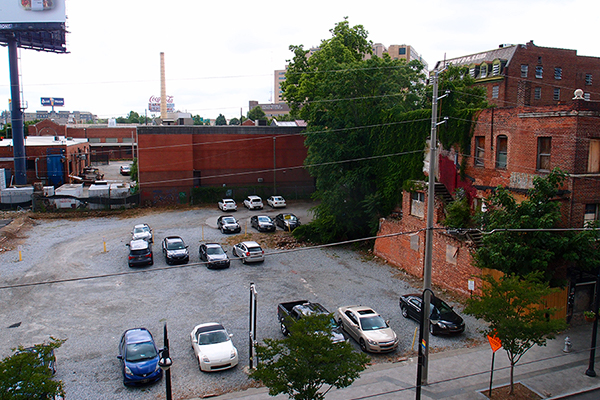 The City of Atlanta’s proposed FY-2021 budget includes a significant redirection of funds from the Eastside TAD, in order to plug a citywide revenue hole. According to the City’s TAD financial reports, the city’s proposal FY-2021 budget strips away 85% of available TAD funds this year that was allocated for revitalizing the neighborhoods. Beyond a one-time hit to the available funds for revitalization, this action potentially jeopardizes the future existence of the Eastside TAD altogether should the other participating jurisdictions – Atlanta Public Schools and Fulton County – seek a similar action.

Sweet Auburn still needs these funds to complete decades of underdevelopment in the corridor. The future role of the TAD in our neighborhood can be characterized as noted below.

We are asking neighbors and other vested stakeholders to contact City Council as soon as possible to demand the Eastside TAD’s protection and preservation. 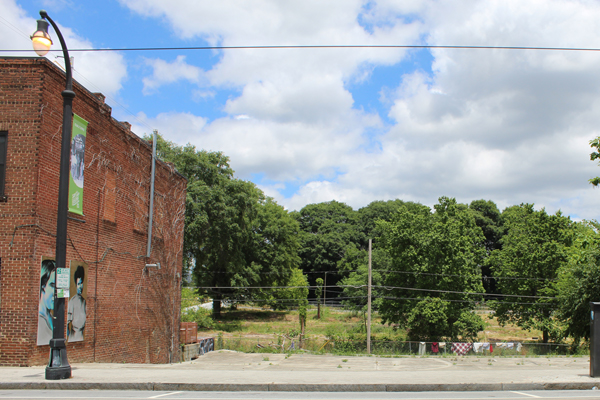